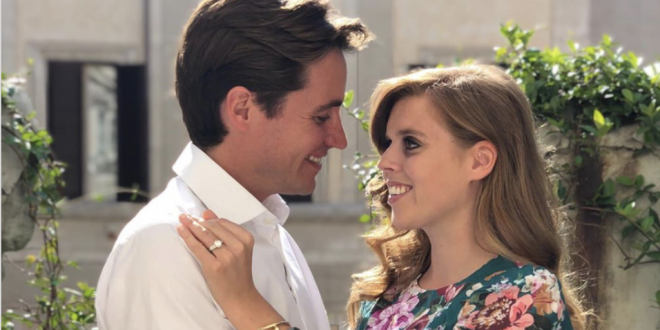 Posted by: admin on October 15, 2019 in Planning Your Wedding in USA Comments Off on Royal Engagement: Princess Beatrice to Wed Italian Property Mogul

The couple has known one another for most of their lives, but according to sources, they’ve only been dating for about two years. Staying out of the spotlight, much like her royal cousin Prince Harry, Princess Beatrice and her fiancé have only been seen together in public a handful of times.

In honor of a new royal engagement, we’re going to take a little trip down memory lane and revisit the past royal weddings.

William and Kate tied the knot on April 29, 2011, in the heart of London. We don’t have an exact figure of how many eyes were watching the royal couple around the world that day, but it’s speculated to be around 2 billion people.

Lady Diana or rather, “the people’s princess,” tied the knot with Prince Charles on July 29, 1981. Their wedding coined the “wedding of the century,” watched by 750 million people. To this day, Diana’s dress is one of the most iconic wedding dresses in history.

Americans rejoiced when Meghan Markle wed Prince Harry on May 19, 2018. The couple, who became engaged in late 2017, set off a media frenzy with their relationship. Markle, who gave up her acting career to join the royal family, made sure the wedding ceremony stayed true to her African-American heritage, making the wedding an event to remember.

Princess Eugenie married Jack Brooksbank shortly after her cousin Harry tied the knot in 2018. The couple is set to celebrate their first wedding anniversary on October 12th of this year. She was one of the first to express her excitement via social media for her sister, Princess Beatrice.

Just two years after Prince Charles and Diana wed, his brother, Prince Andrew married Sarah Fergusen on July 23, 1983. The couple would go on to have two daughters, Princess Beatrice and Princess Eugenie, respectively.

We can’t wait to hear more about the royal plans! Please hold as we brush up on our British facts, grab some tea, and patiently wait for more news on this 2020 wedding event!