Breaking News
You are here: Home » Planning Your Wedding in USA » Wedding Traditions 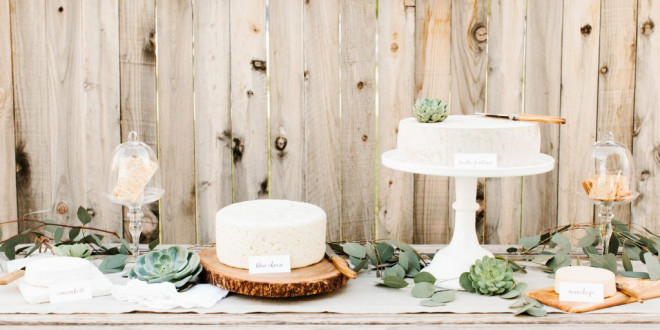 Posted by: admin on July 4, 2018 in Planning Your Wedding in USA Comments Off on Wedding Traditions

The wedding traditions we know today are either borrowed from other cultures or superstitions. Cultures around the world have their own, unique customs. But we'll touch on some commonly used in the United States here.

The diamond engagement ring has been around since the 1400s. It comes to us from Medieval Italy. Centuries ago, the ring was considered a partial payment for the bride. The diamond eventually became the symbol for betrothal due to its clarity and brilliance symbolized purity and innocence. Ancient Greeks believed the fire of the diamond represented the flame of love and considered them teardrops of the gods. Ancient Romans believed diamonds to be shards of the falling stars that tipped the arrows of Eros, the god of love. Engagement, as well as wedding rings, are worn on the third finger of the left hand. It is believed that the vein running from this finger runs directly to the heart.

With roots in Holland, bridal showers were a way of providing a dowry when the bride's father did not approve of the groom to be. Her friends would "shower" her with what she needed in order to have her dowry and marry who she wished.

In 1499, Anne of Brittany wore a white dress for her wedding to Louis XII of France. Until then, women generally just wore their best dress. Brides have always worn white in Japan and China. The color of mourning, white was considered appropriate for the bride leaving her family to begin a new life with her husband, a symbolic death. White is viewed in different ways, Early Romans thought white a symbol of celebration. It stood for purity in the twenty century. Today, it symbolizes happiness.

When the groom lifts the veil at the end of the marriage ceremony, it symbolizes male domination. Should the bride do the lifting, she is showing independence. Originally, the veil stood for a bride's innocence, virginity and modesty.

Carrying a bouquet dates to ancient times when carrying strong-smelling herbs was thought to ward off evil spirits, bad luck and bad health. In Roman times, the bride and groom bore garlands symbolizing new life and hope of fertility. In the Victorian Ages, lovers would send messages to one another utilizing special flowers and foliage for their meaningings.

This touches on but a few of many traditions over the ages. Although some of the meanings behind these traditions are mostly lost to us when thinking of, or planning a wedding, we still carry on with them.

Previous: Prepare For Natural, Healthy, Beautiful Skin With Mineral Makeup
Next: Expert Advice on How to Plan Wedding Music