Breaking News
You are here: Home » Wedding Ideas » How to prepare for a wedding? Part 1 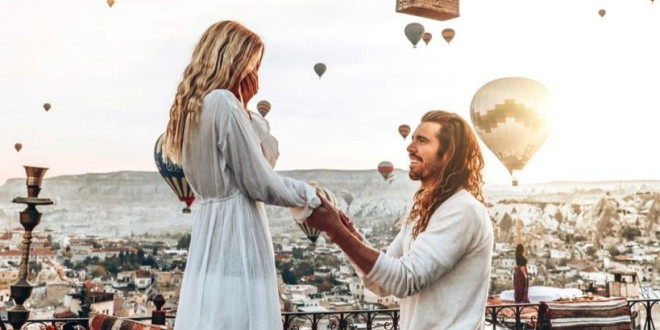 How to prepare for a wedding? Part 1

Posted by: admin on April 7, 2020 in Wedding Ideas Comments Off on How to prepare for a wedding? Part 1

Some people say that being a groom for the first time will be hard, next time will be much easier…Of course, I’m kidding, I don’t take that possibility in to account. Nevertheless, I’ll have to face it soon enough to start worrying, hence start worrying with me, please. I decided to share with you my wedding planning concerns.

First of all, I had to make the announcement to my parrents and close family members. Obviously, we told both parents and we did it personally. If my parents would live far away I would give them a call. Off topic, I expected reaction like “You’re so young, think this through” or something, but their reaction was like “Finally, we thought you’ll never settle down”. I love them so much.

Next, me and my fiancé talked ideas about the style, venue, food etc. Most importantly, we set the date. It’s 15 months after the engagement so it’s enough time to plan everything but not enough for secound thoughts (Honey, I swear I haven’t those). In my case, we took into consideration months from June to October, venue we found was available when we wanted, however DJ wasn’t. He was available in October so we decided “October it is!”.

Band or a DJ? OK, I’ve already mentioned that we decided for a DJ instead of  a Band, but let me explain why. We were at my cousin’s wedding and there he was, awesome, cultural,well-organised he won our hearts. He was so awesome that I had doubts about who I actually want to marry, him or my future bride Michelle. It would be awkward to back out so I stood with my first choice.

Last but not least, I meant of course part 1, I won’t tell everything at once, we were scouting for perfect wedding video. We searched phrases on Google like “wedding videographer london” and “best wedding videography london”, we found plenty of great websites with astonishing portfolios. Our choice was HD Moments Wedding Videography from London, UK, why? Because, we watched their work at their blog and it was breathtaking. OK, to be honest, I’m just a groom so my fiancé picked them because they make very romantic weeding videos and she didn’t want to agree for drones and Star Wars style wedding. Who knows maybe next fiancé will be more open-minded.